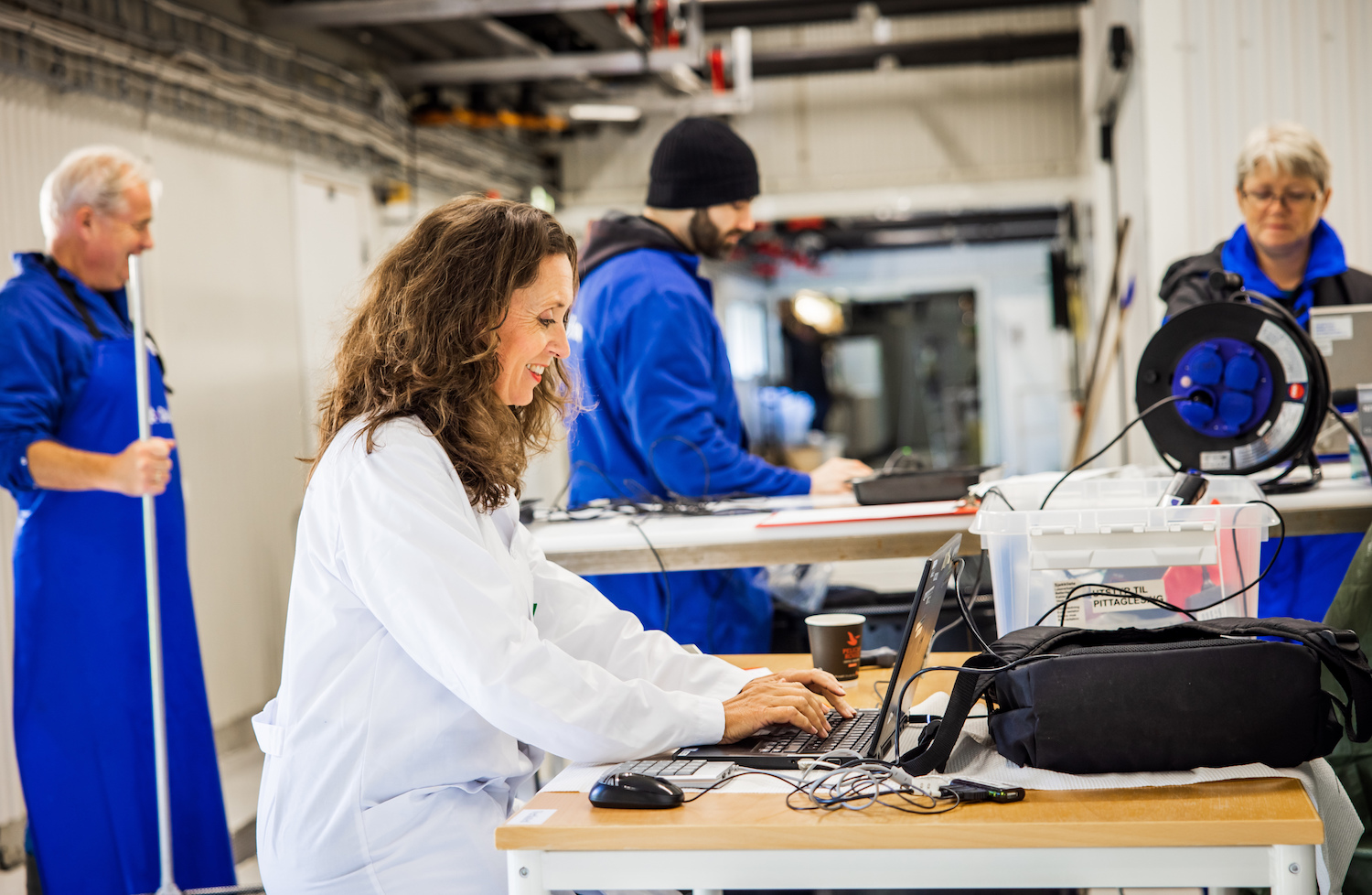 The new company, Pure Salmon Kaldnes AS, operates both as consultant, contractor and supplier of equipment, services, and world-leading technologies in recycling aquaculture systems (RAS) for the land-based aquaculture industry.

In the autumn of last year, the executive management revealed the big, hairy ambitious goal of doubling the number of employees in two to three years in addition to establishing new physical office locations nationally and internationally. Things have developed much faster than that.

Want to be a part of out sustainable adventure? Click to get to know us

– Yes, I would like to use the old slogan from the winter Olympics in Lillehammer: “They said we couldn’t do it, so we did it”, says the director of Business Services at Pure Salmon Kaldnes, Per Håkon Stenhaug.

– In fact, we are one and a half years ahead of schedule. Since December last year, we have employed as many as 35 new employees, and throughout the coming year we need to recruit another 30. Thus, we will be close to 120 employees when we enter 2023. Also, we have managed to retain almost every single one of all the great employees who have been with us since the acquisition. In that sense, we have managed to scale a great team that was already very strong from the beginning, explains the director.

– The influx of applicants has been enormous, more specifically, a total of 545 applicants in just the three months. We have spent a lot of time and energy communicating to prospects in other industries that aquaculture is the industry of the future, and that’s why I am happy to reveal that as many as 65 per cent of our new employees come from other industries. We have earned the trust of many highly competent new employees, and today I feel that we have already won the first battle in the war for top talent, Stenhaug continues, pointing out that Pure Salmon Kaldnes has now developed from being an important player nationally to becoming a strong player also internationally.

– We will build facilities in all parts of the world, and we believe this is an important reason why we have gained that much interest from both native and foreign applicants with such high competence. In addition, I think our strong focus on sustainability and fish welfare probably has contributed to the high interest alongside the company´s continuous focus on research and innovation, Stenhaug explains, adding that he is very happy that as many as 40 percent of the new employees are women.

– Our goal is very clear about taking responsibility for the industry in this area, he says.

One of these recruited women is Nofima-director Synnøve Helland (53) who has contributed to developing the Norwegian food research institute’s renowned research station for aquaculture at Sunndal, Norway. Helland holds a PhD in physiology and has worked at Nofima for over 19 years both as a researcher and as head of the Sunndalresearch station for the past six years.

The 53-year-old, who is originally from Langevåg, will now serve the role as Global Head of Quality and HSE in Pure Salmon Kaldnes.

– Complied to my values

– Nofima has been a great place to work, and even though I have lived in Oslo and commuted to Sunndal for over three years, it has been out of the question to change my job until an opportunity arose in a company I really wanted to work for. And now it did. Pure Salmon Kaldnes is a very exciting company where the management team embraces a vision that complies well to my personal values ​​such as sustainability, environment and, not least, the continuous development and retention of human capital which is the most important value of knowledge-based companies like this, Helland says.

– In addition, the role as Global Head of Quality and HSE is very interesting. Through continuous improvement work, we will strengthen our ability to deliver the right quality to customers, and we will nurture safe and secure jobs both at home and abroad. Also, the international aspect is very exciting, says Helland, who owns a seat in the board at EATiP (European Aquaculture Technology & Innovation Platform), which is a European cooperation platform for technology and innovation in aquaculture.

From Pharmaq to Pure Salmon

Another one of the 35 newcomers to Pure Salmon Kaldnes is Yngve Lystad (47) who comes from Pharmaq where he has served as technical manager. Originally from Kristiansund, Norway, with background from fish health, Yngve has worked for Pharmaq for over 21 years, a company known to be a world leader in the production of vaccines and therapeutic products for farmed fish.

– I was triggered by new challenges and to try something new. I want to develop myself within management and leadership, and Pure Salmon Kaldnes suited me very well as it is a company scaling up with strong growth ambitions. In addition, it is no secret that the international opportunities was important. I get highly motivated by working with new cultures and people. I simply believe this will be a very exciting journey, says Lystad who lives in Tjølling outside Larvik.

The 47-year-old will serve as head of the new Aftersales department at Pure Salmon Kaldnes from April 1.

– Our most important job will be to ensure a thorough, close and efficient follow up of our customers. This is literally about living animals, the life of the fish. Technology can destroy biology, and biology can destroy technology.