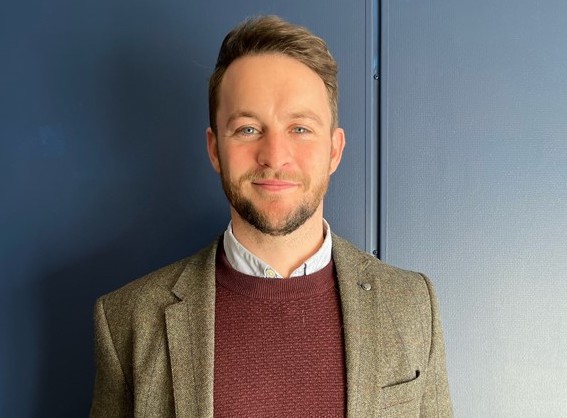 In the summer of 2021, the Aquaculture division of the Sandefjord-based company, Krüger Kaldnes was spun off as a separate company and sold off to 8F Asset Management. The company, based in Singapore, also owns the aquaculture giant, Pure Salmon Limited. The two divisions were merged into a new company – Pure Salmon Kaldnes AS. The big idea of the new company is to deliver land-based technology and ecosystems to produce salmon closer to where the consumers live throughout the world.

Today, the company has 65 employees working at the headquarter in Sandefjord, Norway and a branch office in Drammen. During the next couple of years, the company seeks to double its number of employees, in addition to establishing new office locations both nationally and internationally. Luke Kellgren-Parker is already on board. He is originally from Liverpool but has been living in Sandefjord since 2016, together with his wife and two children.

As a project director, Kellgren-Parker will be the captain of a project team with a total of 14 employees.

– The last five positions have just been announced, and includes three project managers, one planner and a field engineer who will travel all over the world, says Luke, who has a somewhat untraditional career path.

He is educated as an engineering officer from the UK Armed Forces.

– I met the love of my life and moved to Sandefjord in 2016, Luke says. – Here, I got a job in the department of Vards´ shipyard group in Breivik, where I was responsible for major public projects.

The job mainly consisted of constructing naval vessels and coastguard vessels, in addition to ferries and the like.

– Also, I was involved in leading Vard Electro’s expansion in the US, says Luke. He explains to Kyst.no that there are various reasons why he succeeded gaining trust at the international shipyard group, which employs over 8000 people worldwide and operates shipyards in Norway, Romania, Brazil and Vietnam.

– In addition to my engineering background, it was probably my military background and English origin that helped me build strong relationships to our customers in the Armed Forces and the Ministry of Defense. He adds:

– I´m very process-oriented and I love to lead large and complicated projects. That is the main reason I chose to become Project Director at Pure Salmon Kaldnes.

– It was not my intention to leave Vard, but when I discovered what Pure Salmon Kaldnes was looking for, I realized that the job description was a perfect match for me with regards to my experience, desires and goals. This is an exciting company in a rapidly growing industry, and it is a journey I really want to be part of. In addition, it was tempting to get the opportunity to lead a project that doesn’t last as long as securing public contracts with the Armed Forces, and having large naval vessels completed and delivered, the project director adds.

– My focus will be on international projects that Pure Salmon is now running in Japan, the United States and France. However, we will also work a lot in Norway with exciting land-based projects such as Salten and Tjuin, Luke says.

Business Director, Per Håkon Stenhaug, is very pleased to have Luke Kellgren-Parker onboard the team.

– At Pure Salmon Kaldnes, we like to think outside the box when recruiting new employees. We are now about to launch large and complicated international projects, and it is therefore important that we also attract employees like Luke, who have new and concrete experience within this area, Stenhaug says. He adds that they are in the process of executing their ambitious plan for recruitment.

– Right now, there are between 15 and 20 new hires that have either just been completed or are in the process.